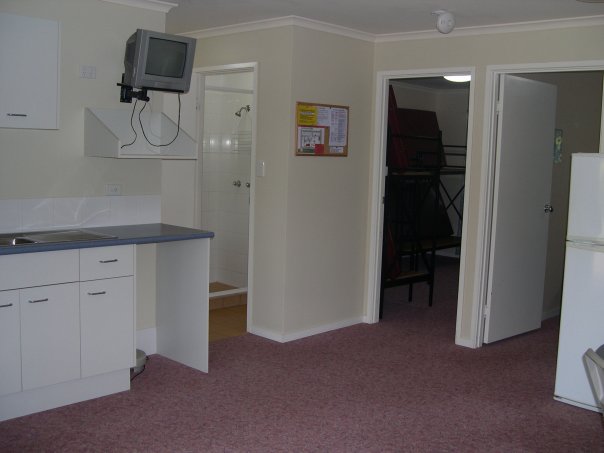 We’re going to start a series on the changes at our three South East Queensland conference and camping sites in recent years. An overhead shot of Tamborine Lodge and the WEC Centre. QCCC Tamborine.

If you haven’t been to a QCCC site for a few years you’ll likely be surprised by the changes and improvements to each site. Take a Fresh Look will guide you through some of the major developments.

QCCC Tamborine is on top of Mount Tamborine in the Gold Coast Hinterland. It is located 35 kilometres from the Gold Coast, with the road there twisting up the mountain to an elevation of 500 metres above sea level.

The Tamborine property is at the end of Beacon Road and consists of over 50 acres of breathtaking open space. The Beacon Road property was originally a farm that was given over to a Convention ministry. Over the years one acre blocks were parceled off and various congregations and ministry organisations developed them into sites to complement the main Convention site. Some of the facilities at Tamborine Lodge

QCCC Tamborine consists of three of these camp sites, each of which we’ve renovated to a high standard over the past five years. Each fully catered site can be hired individually or as one complex for large groups (accommodating up to 250 people).

The original Baptist presence at Tamborine was Tamborine Lodge, originally purchased by the Majestic Park Baptist youth group in 1971. For many years it served as a retreat and accommodation for pastors and others in ministry. Earlier this century it was transformed into motel style accommodation. Each unit has a lounge room, kitchenette, bathroom and two bedrooms.

The WEC Centre is next door to Tamborine Lodge and is an 90 bed facility with comfortable en suite rooms and meeting areas all surrounded by sturdy decking. WEC was bought online as a QCCC facility in 2005 after extensive renovations. Not long after the CMS site joined our stable, offering comfortable rooms, renovated bathrooms and a breathtaking dining and meeting area. There is a beautifully relaxed ambiance about the whole Tamborine property, highlighted by massive eucalyptus trees and with the high points enjoying sweeping views towards Brisbane, Moreton Bay and on a fine day Moreton Island.

QCCC Tamborine has an excellent reputation for conferences, school camps and can also offer tent camping with catering. The concept of a spiritual retreat is also a growing phenomenon in Queensland High Schools and Tamborine is an ideal and tranquil destination for this.

For those who want a bit of action, QCCC Tamborine is also close to the major Gold Coast Theme Parks and as an agent can offer heavily discounted tickets. We also have joint venture arrangements with local providers of a range of activities.

With great access from both Brisbane and the Gold Coast, sensational scenery, modern facilities and proximity to many sought after tourist destinations such as the Gold Coast Theme Parks, Tamborine is a wonderful choice.