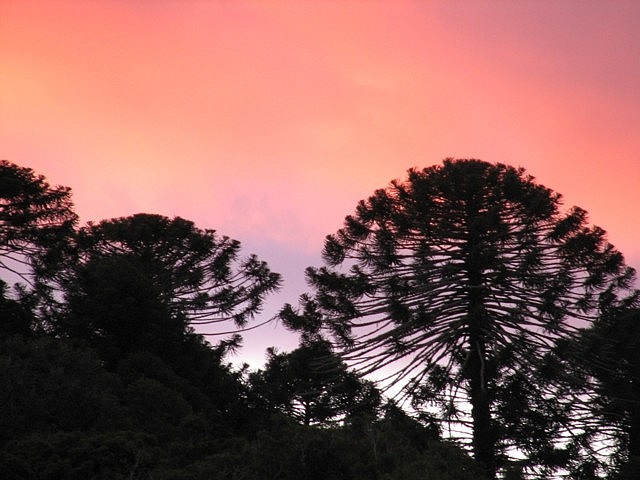 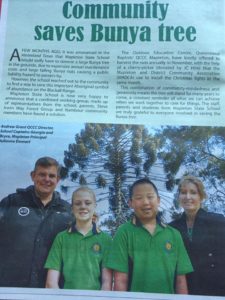 The Bunya Tree has a special place in the history of the Blackall Range.  They’re a symbol of abundance and were the catalyst for the tri-annual Bunya Festival – a relational corroboree where stories and skills were exchanged, conflicts resolved and stories told.  Explorer Tom Petrie wrote in the early 1800s about the importance of the Bunya Tree to aboriginal life, documenting how the women would congregate around trees felled by “settlers” and mourn each tree for weeks. Petrie was so moved by the love the Aboriginal people had for their Bunya trees that he prevailed on the government of the day to declare a large swathe of land north of Brisbane a protectorate, arguably the first attempt at a nature reserve in the world.  Sadly one of the first acts of Parliament for the new Colony of Queensland was to reverse this legislation and allow felling to re-commence.  However, majestic examples of the Bunya tree still remained, none more so than the twin Bunya peaks in the grounds of Mapleton State School.  Sadly one of these was lost to a lightning strike a few years ago.
Continue Reading
Share
QCCC Mapleton / 13.08.2014 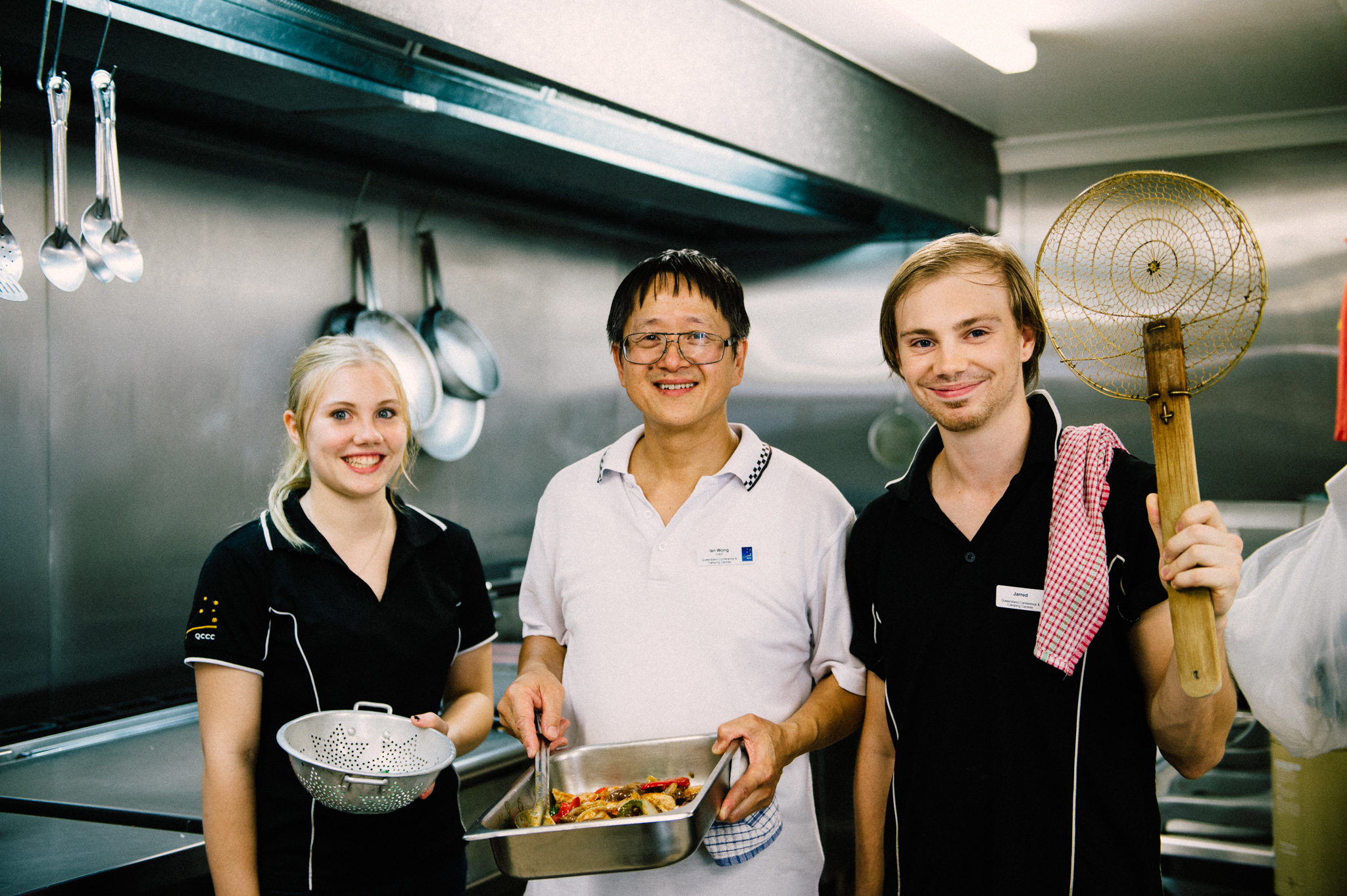 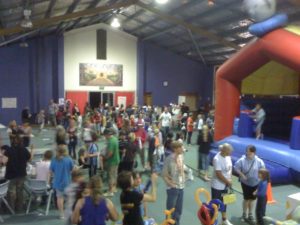 As the majority of QCCC Mapleton’s bookings are repeat bookings the year here settles into a fairly steady rhythm. 2012 is drawing to a close and QCCC Mapleton draws the curtain on hosting 400 groups and 25,000 guests. The week before Christmas is given over to a charity group who bring a lot of kids to Mapleton in the first week of holidays to let their hair down. A lot of the kids come from a tough home situation and the week is about giving them some respite and coping strategies and mechanisms.
Continue Reading
Share