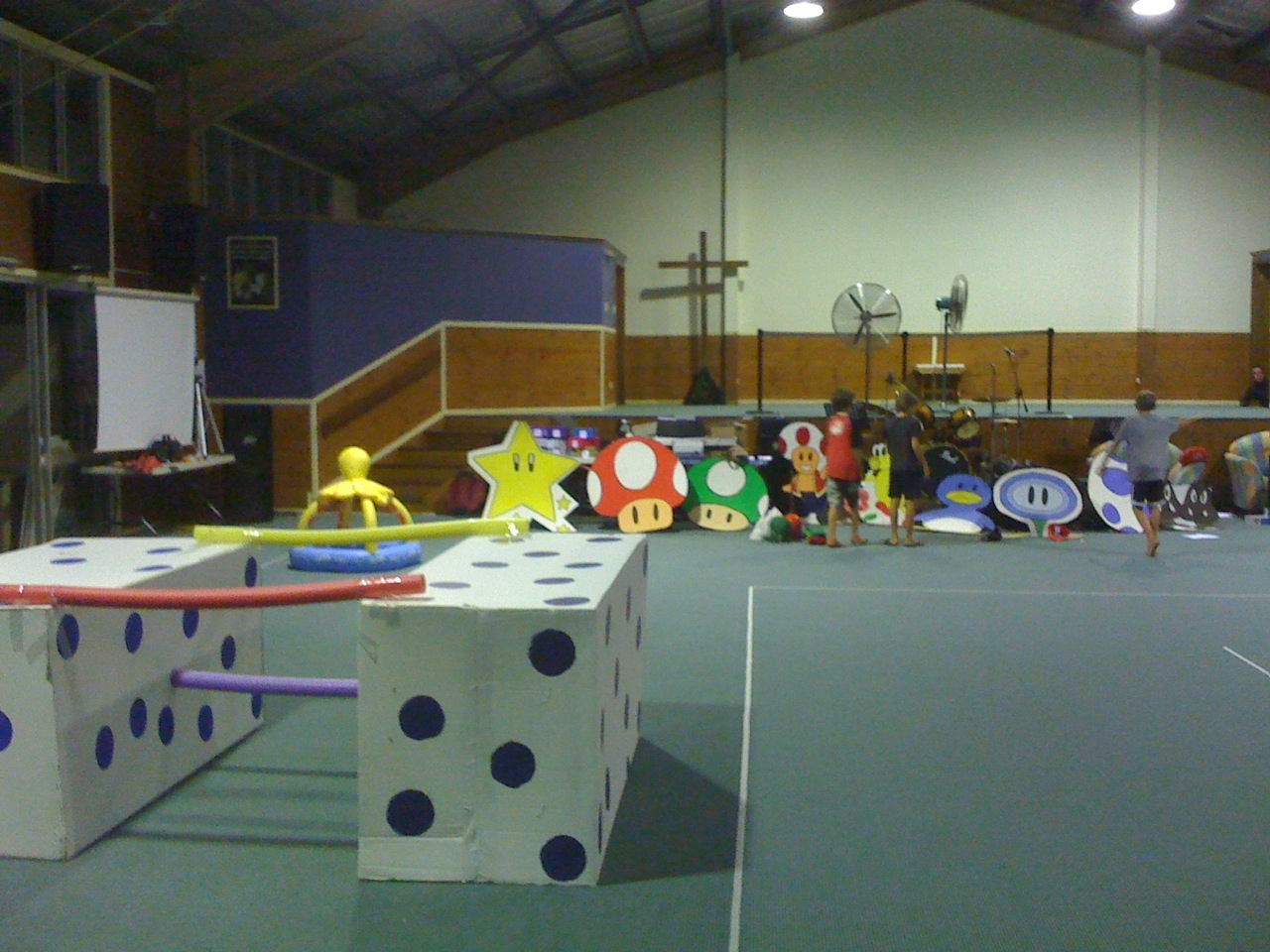 This week QCCC Mapleton is hosting the September edition of the Mapleton Adventure Camp.  It’s a camp we host twice a year in partnership with Scripture Union Queensland, a week-long frenzy of fun for 120 kids drawn from the Brisbane area.

The quiet before the storm

Our aim is to make each Mapleton Adventure Camp as memorable as possible.  The theme for September camp this year is Super Mario Brothers, and on opening night (Monday) we decked out our meeting hall for the first round of games and activities.

The kids are pretty fresh and energetic when they hit camp on the first day, and many of the kids are just getting to know each other in their dorm groups.  So first night is all about an exhausting round of games and competitions to get the teams to gel and to make sure the kids are ready for bed when it’s lights out.
Opening night this week took the form of a round of games in the ‘Super Mario Arena’, Kirkwood Hall transformed into a race track and obstacle course and venue for 8 rousing games for chocolate rewards.  The kids queued up out the front with paper covering the windows to add to the mystique.  When the doors flung open they entered a wonderland of Mario Brothers themes, and camp leaders dressed as turtles ready to guide them through a night of extreme fun.

The balloons come down at Mapleton Adventure Camp

One of the undoubted highlights of the night was when a net of hundreds of balloons spilling out from the ceiling with teams of players popping balloons to uncover chocolate coins.

Other games included mad racing around the course, the second time with Mario Karts themed around the Mario Kart game so popular on Wii.  Cup castles were built and knocked over with ping-pong balls, balloons were fiercely fought over and crowd surfed to team leaders and several other riots ensued with simple accompaniments like party streamers, crepe paper and sticky tape.

And if the kids thought that was a pretty amazing night, it has nothing on what was to come – Carnival night!