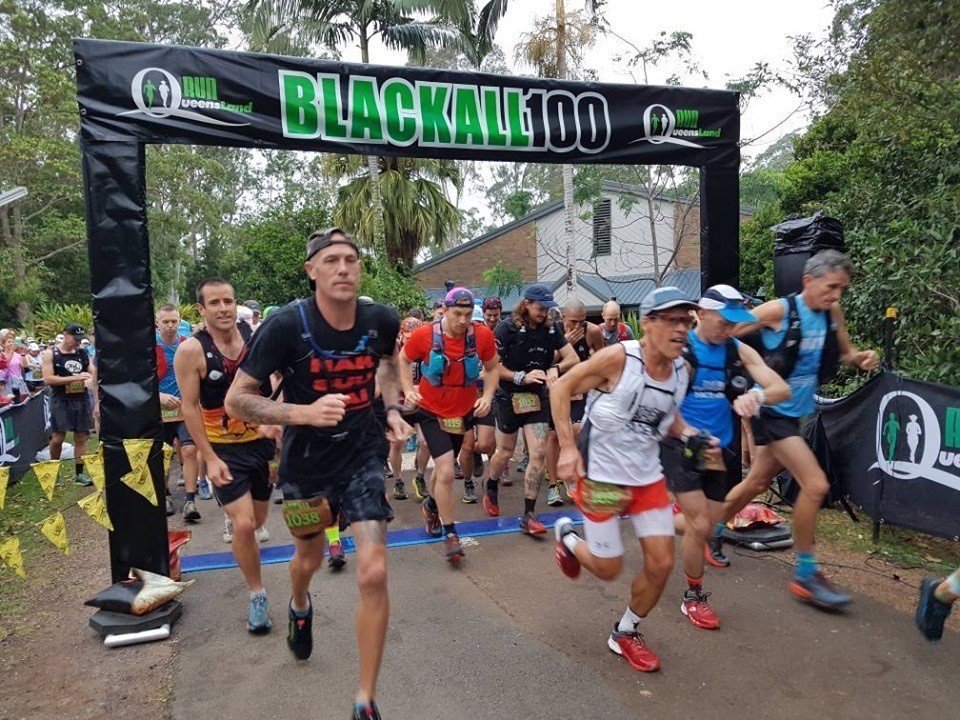 Seven years ago two fit looking guys rolled into our reception area with an introduction from the local MP who thought we might be able to help them realise their dream of an ultra marathon on the Sunshine Coast. QCCC Mapleton was their best option for a base of operations for a logistically challenging race. Consequently, the birth of the annual Blackall 100 race became a reality.

In the first year it was held with some trepidation and financial uncertainty with around 150 brave runners trialling the gruelling Blackall 100 course with 3,300 metres climbing. QCCC has journeyed alongside Run Queensland as they’ve negotiated permits, braved challenging weather conditions and signed up a raft of great sponsors to back the event. Our contribution was pretty much to make sure they never had anything to worry about with the food, logistics and presentation of the race hub.

Last weekend marked the sixth year of the race, one where it hit the tipping point as a major event with 650 competitors flying in from all over the world, many with the aim of getting a ticket to qualify for the legendary Western States Endurance Run. Dean Karnazes, legend of ultra-marathons was on hand to inspire the racers before, during and after the event, flying in from Italy where he’d completed several marathons to complete the Blackall 100 in just over 15 hours.  Dean announced the race to be one of the best and most scenic he’s run to his worldwide social media following.

The Blackall 100 is easily the busiest weekend in town and over 2000 people came onsite to participate and cheer on friends and family, many of whom going beyond the limits of what they thought physically possible. Next year’s Blackall 100 will be held on 17th October.  However, the tough nature of the trails and mountain peaks means the event requires year-round training and most weekends for months before the race there are scores of runners on the trails around Mapleton running parts of the course and preparing their bodies for the next event.  The Blackall 100 is now recognised as Queensland’s biggest ultra-marathon race

Given the international field it was great to see the local runners dominating the races.  The Blackall 100 Men’s race was won by Coolum’s Ryan Crawford in record time, covering 100km of tough trails in 9 hours 53:53.  Just five minutes later the second runner home was New Zealander Steve Pemberton.  The women’s 100 race winner Jessica Schluter in a time of 11.38.37.  Locals also won the 50 with the men’s race taken out by Josh Corcoran in 4:32:37 and the women’s winner Cecelia Mattas, breaking the five-hour barrier by one second (4.59.59).